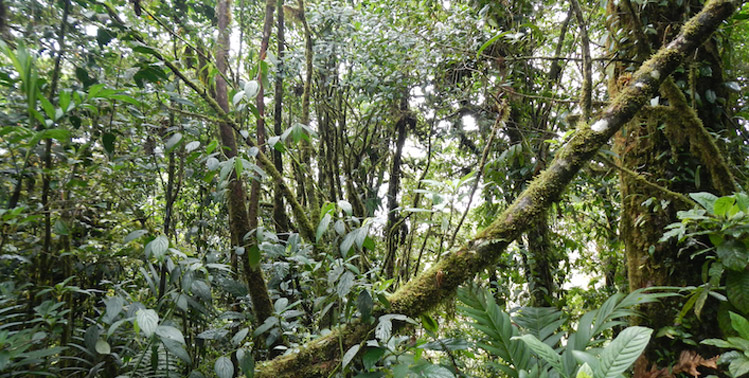 The Darién is one of the provinces of Panama bordering the Guna Yala or San Blas comarca (district). To most people the Darién province is famous for its dense jungles and as a dangerous road/gap between Panama and Colombia. It is often called the Darién Gap since the border with Colombia is only accessible in certain places because of the jungle. The Darién as the jungle is called, borders the east part of San Blas. The capital of the Panamanian side of the Darién is La Palma, other important cities are Yaviza and El Real.

The Darién Gap is one of the most inaccessible places in the world. The jungle is full of swamps, marshlands and rainforests. These natural features of the Darién Gap still prevent human civilization to connect Panama and Colombia by the Pan-American Highway until this day. The Darién Gap is the only place where the Pan-American Highway isn’t running, for your information the highway covers a total of 30.000 miles crossing North, Central and South America. Nowadays law protects the Darién Gap and two National Parks exist to protect the jungle. The Darién National Park in Spanish called the Parque Nacional Darién, which covers the Panamanian side of the jungle. This is the largest National Park in Central America and harbors the most preserved forests of the area. In Colombia the jungle is protected by the Los Katios National Park in Spanish Parque Nacional de Los Katios.

Guna Indians of the Darién

Before the Kuna’s settled on the islands of San Blas they lived in the jungles of the Darién. They were nomadic people that used all the resources they got get out of the jungle. But harsh conditions and jungle illnesses drove the Kuna to the San Blas Islands. The Guna’s found it much more easier to inhabit the islands were the Caribbean Sea and salt climate protected them against jungle illnesses such as Malaria. The islands offered great food since fish could be found everywhere and coconuts on the islands. The Kuna settled in the San Blas area around the 17th century.

Risks of crossing the Darién

To most people the Darién Gap is only know because of the movement of FARC militants in the area and the cartels which smuggle drugs through the area. This is the dark side of the Darién Gap but with proper guidance you can avoid trouble and enjoy the riches of the land by crossing it on foot. Nowadays the FARC is negotiating with the Colombia government and kidnappings and assassinations on foreigners are rare. Still you have to be cautious and well informed to enter the jungles of the Darién, never enter them without a guide.