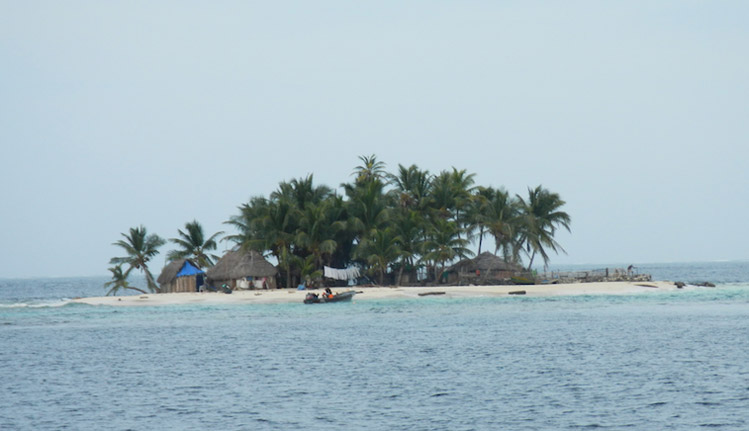 The native people living on the San Blas islands are the Kuna indians. They are a small but proud community of around 300.000 people in total. About 50.000 Kuna’s live on the 49 major islands of San Blas and are controlled by their own community leader called a Sahila. The eldest leaders of the Kuna live on the island Acuadup, this means Rock Island in the Kuna Language. The leaders on this island make all the main decisions for the other island and they help in trades and marriages with other Kuna communities. The Kuna mainly survive by fishing and harvesting fruits, especially coconuts. The Kuna’s also create art on their bodies and clothes that they call Molas. The main language spoken by the Kuna’s is Kuna but they also tend to speak Spanish and some of them which have been in contact with tourist speak English.

The Guna’s main income is tourism and coconuts

The Kuna’s mainly survive by allowing tourists on their islands and selling coconuts to the mainland and surrounding countries. On all the islands of San Blas grow Palm trees that provide plenty of coconuts that give a steady flow of income all year around for the Kuna’s. The tourists are only allowed on a couple of islands of San Blas and on these islands the Kuna provide food and stay for them all year around. The main flow of tourist gets to San Blas by boat from Colombia or Panama. Sailing the San Blas islands is a common tourist trip in the area. On one of the major islands named Chichime the Kuna run a hostel for tourist. This hostel provides open shelters with hammocks for a fee of around 10 US dollars, food is included in this price but drinks are not. A local drink that they sell to the tourist is the Coco Loco. The Coco Locois a fresh coconut filled with some rum and a straw.

What do you want to know about the Kuna Indians?